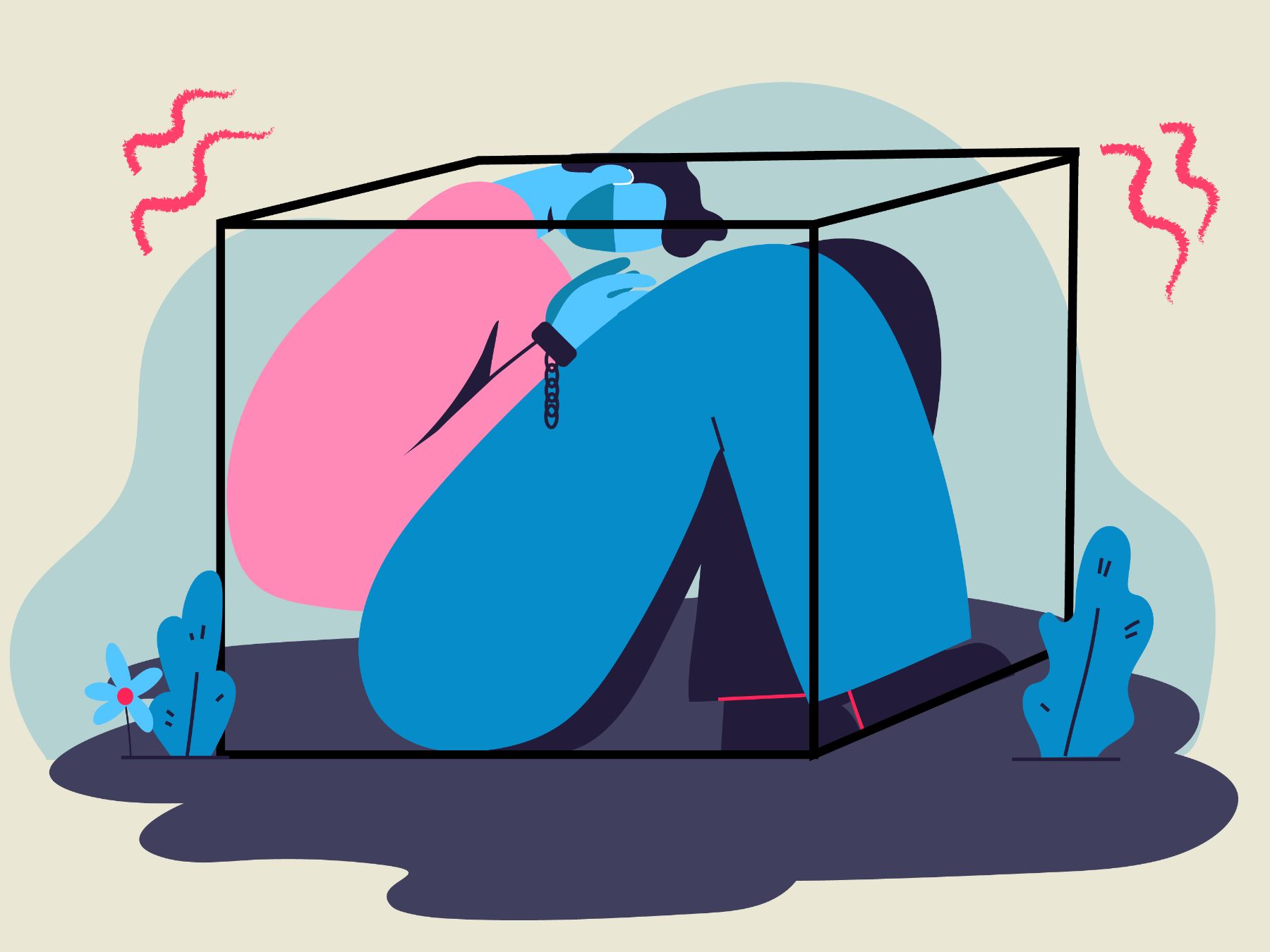 Claustrophobic participants allowed researchers from my lab at Ryerson University to use sleeping bags, masks, handcuffs and a coffin-like black box as a therapy to help treat claustrophobia. And it worked!

Claustrophobia is the irrational fear of confined or crowded spaces, and classified as an anxiety disorder. It’s the most common phobia affecting 1 in 10 people across the globe. Common trigger/stimuli include windowless rooms, crowded elevators, MRI machines, or even driving on a congested highway. A phobia can cause significant lifestyle impairments, such as the need to avoid the common scenarios that may trigger the fear.

How does claustrophobia get treated?

There’s no single treatment, but it’s possible to overcome claustrophobia. Some examples include, observation, drug therapy, relaxation and visualization exercises, and even the use of calming oils.

How does cognitive behavioural therapy (CBT) help with claustrophobia?

The Department of Psychology, Anxiety Research and Treatment Lab from Ryerson University explored cognitive-behavioural therapy (CBT) as a solution for claustrophobic participants. CBT involves a wide variety of strategies for changing thinking styles and behaviours that contribute to anxiety so they no longer feel threatened by the situations they would normally fear. It can be an effective way of reducing anxiety symptoms. CBT include cognitive restructuring (CR) and exposure:

Mental health professionals use both of these strategies in a variety of ways to treat anxiety-related problems, including claustrophobia.

In the Claustrophobia Study, we examined if the order of receiving the two therapies affected the effectiveness of the therapies in a 3.5 hour session. So we randomly assigned participants to one of two groups:

As part of the exposure therapy, claustrophobic participants allowed themselves to be zipped in a sleeping bag while wearing a facemask and handcuffs. As a final step, they would enter a coffin-like black rectangular box for five minutes.

We found that both groups benefited from treatment, regardless of whether CR came before or after exposure. Although the pattern of improvement looked different between groups given the different order of strategies. Both groups experienced a similar amount of improvement by the end of the study as demonstrated by:

What do our results mean?

A reduction in one’s predicted feared outcome is important, because anxiety disorders are characterized by largely overestimating how dangerous, difficult, or intolerable these feared outcomes will be during exposure (e.g., my feared outcomes will come true, the exposure exercise will be much worse than I thought it would be, I won’t be able to cope with my anxiety).

These predictions often lead to unhelpful reactions such as worry, avoidance, and distress. A combination of exposure and CR are effective because they allow an individual to recognize the discrepancy between their predicted feared outcome (e.g., I will suffocate) and what actually happens (e.g., I didn’t suffocate!). The current study demonstrated that both CR and exposure reduce how much people believe in their predicted feared outcomes, and that this reduction is related to how much improvement they experience during therapy.

How does this research help patients and mental health therapists?

The best outcomes are  your prediction of what your fear comes down during therapy the better! More research is needed to understand the exact relationship between predicted feared outcomes and improvement.

Second, these results are important because they confirm our experience that both CR and exposure are effective strategies regardless of their order. Therefore, mental health professionals can help tailor the order of CR and exposure to personal preference for other forms of phobia.

Finally, several participants reported that the study has positively impacted their lives and gave them courage to push themselves to face fears in activities that would’ve otherwise interfered with their daily lives.

How do I know if I have a claustrophobia?

In order to be diagnosed with claustrophobia, the following conditions need to be met:

Diagnosis of claustrophobia is usually by a psychologist or psychiatrist by determining symptoms and stimuli, quantifying the severity and ruling out other possible anxiety disorders.